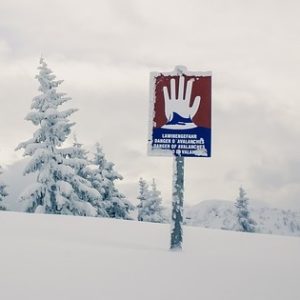 In our last two ports of call on our Chart of Accounts Grand Tour, we visited Accounts and Pledges Receivable and also looked at Accounts Receivable Aging and Due Dates. Today we visit a related topic, bad debt, and take a look at the bad debts entry you need to make in your books.

We find people are often surprised to learn that you are supposed to record income before you receive the cash. To quickly review, an account receivable is set up using an invoice in QuickBooks. The invoice will record income and a receivable as of the date services are provided or as of the date a gift commitment is made. Most of the time, these future obligations are fulfilled by the customer or donor. But what happens when someone does not pay?

A Tale of Old Pledges

Once we had a client with about $50,000 in pledges receivables on the books. We kept asking the executive director if she thought the pledges were good because they had not received a payment on most of them for a long time. “Oh those pledges are good. We are calling the donors. We don’t need to write any off,” she assured us.

In the end, we had to write off nearly all the pledges. We believe the reluctance to write them off was because doing so would cause bad debt expense which would make the profit and loss report show a loss. Unfortunately the uncollectible receivables had not been addressed more realistically in prior years and had accumulated into a big “loss avalanche!”

Sometimes people don’t pay and you must write off the amounts they owe. The question is when do you take the hit for the bad debt expense. What you hope to avoid is recognizing income in one year and having to write off that income in a later year as bad debt. You want the income and any related bad debt expense to be recorded in the same year. That’s the point of recording bad debt expense, which also reduces the carrying value of the accounts receivable in an account called “Allowance for Doubtful Accounts.”

The Allowance for Doubtful Accounts is a contra asset to the Accounts Receivable and Pledges Receivable accounts. That means it reduces the total amount of accounts receivable. Each year, you want to estimate the portion of receivables that will not be collected by recording a journal entry to Bad Debt Expense with an offset to Allowance for Uncollectible Accounts. The entry in your books looks like this (the line with $500 in the illustration below):

Determining the amount of bad debt to write off is part art and part science.  Here are two ways to go about making such an estimate:

In the future if an account becomes uncollectible, write it off to the allowance account by recording an entry to reduce Accounts Receivable with the offset against Allowance for Doubtful Accounts. In this way, the bad debt will not impact your Profit & Loss report. That’s because the expense was recognized in a prior year when the allowance was recorded.

In practicality, the entry to write off an uncollectible invoice is often made directly to bad debt expense and the Allowance for Doubtful Accounts on the balance sheet is trued up at the end of the organization’s fiscal year. In forcing the Allowance account to the proper balance, the offset to expense is whatever it needs to be.

By staying on top of your accounts and pledges receivable using the tips in the last two blog posts (as referenced at the top of this post) and contacting people promptly if they fall behind, you can minimize bad debt. But you likely cannot eliminate it. If you have receivables, you will need a strategy for recording bad debt, and, ultimately, writing off those accounts that will never pay. By keeping your receivables squeaky clean and recording a realistic allowance for doubtful accounts, you can enjoy a snowfall of income and avoid experiencing a bad debt avalanche.

This post has been revised and updated. It was originally published on 3/19/18.