Dole Out the Depreciation! 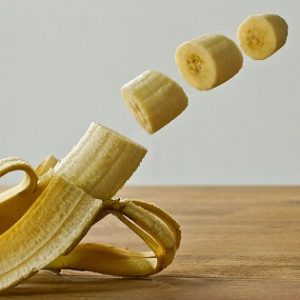 Have you ever put banana chunks in the freezer so you could use them later for smoothies? It’s a great way to preserve bananas since they ripen so fast. Plus they make delicious smoothies.

Depreciation is like a banana that you chop up into sections and save in the freezer. Then periodically you take out a section and use it. Eventually you use it all up. Depreciation is how you record the “using up” of a fixed asset as opposed to expensing the entire asset when you buy it. Except you still have the asset at the end!

Last week you learned about how much a long-lived asset must cost (the capitalization threshold) before you record it as a fixed asset. You may want to review that post, Fixed Asset or Expense?, before you read today’s post on depreciation.

We’ll show you how to “Dole” out depreciation expense on an asset over a number of years based on the asset’s useful life.

Depreciation drives people bananas when it comes to doing the budget because it’s a noncash expense. Likewise the initial purchase of the asset bothers a lot of folks because it represents cash spent but NOT an expense. We’ll show you how to deal with these problems and even turn them into advantages in our next post.

If you buy a long-lived asset and record it as a fixed asset, at this point nothing has been recorded as an expense. The entire cost sits on your balance sheet as an asset while zero is on your profit and loss report as expense. You record expense for the asset in chunks over the current and future years based on its useful life.

You may have heard of the Modified Accelerated Cost Recovery System (MACRS) tables that the IRS requires for-profit businesses to use for depreciation on their tax returns. As a nonprofit organization filing form 990, which is an information return, not a tax return, you are not required to use MACRS. However we have found the MACRS tables and depreciation conventions are often used by nonprofits as a handy reference point.

Here are common fixed asset categories and useful lives we have seen among our nonprofit clients:

How Does Depreciation Work?

One caveat – in the year the asset is purchased (or placed into service, if later), you would only take a partial year of depreciation. Nonprofits typically borrow from MACRS rules and use the mid-month convention for buildings and the mid-month or half year convention for everything else.

Here’s an example of the accounting entries to record the purchase of a computer for $1,200 cash with a useful life of three years and the related deprecation expense:

Year One – Record $1,200 to Computer Equipment (a fixed asset account) and a reduction of $1,200 to Cash; record $200 to Depreciation Expense and $200 to Accumulated Depreciation.

In practice, many nonprofits use Excel to track depreciation. You can get away with Excel when you are first starting out and if your fixed asset list is small. But it can soon become a hassle. Other nonprofits allow their accountant to calculate depreciation using the depreciation module of the 990 tax software. This approach can work, but now you are tied to that particular software and dependent on your accountant. A depreciation software suggested by a CPA friend of ours that you could use in-house is SaxTax. If anyone is using something else, we’d love to know about it. Just leave a comment below this post!

What is Accumulated Depreciation?

Accumulated depreciation is an account in the fixed assets section of your balance sheet to hold the amount of deprecation taken. In the example above at the end of Year One, the fixed asset accounts would appear as:

Accumulated Depreciation is called a Contra asset account because it appears with a negative dollar amount that reduces total fixed assets. That’s why you always see on audited financial statements a description such as “Property and equipment, net.” The word “net” means the number includes accumulated depreciation. In the example above, “Computer equipment, net” would be $1,000.

If you are still using that laptop after Year Four, you would leave the original $1,200 purchase cost on the books as a fixed asset as well as the related $1,200 of accumulated depreciation. We’ve had laptops last more than six years and others that gave out before the end of the second year. Whenever you get rid of an asset, you need to remove it from your fixed asset account along with any accumulated depreciation. This is something that you probably want your accountant to do for you. It can get a little complicated, especially if you sell the asset and have a gain or loss on the sale.

For more established nonprofits, we often see very long fixed asset lists with, for example, computer equipment purchased in 1992. Really? You are still using that? We know the pressure to reduce overhead spending and all.  Actually the more likely story is that no one was cleaning up the fixed asset accounts as assets were sold or discarded. Generic descriptions of assets such as “computer” also add to the difficulty of identifying assets to be removed. Remember last week when we suggested using a higher capitalization threshold? This is one of the reasons why!

Coming up next week we’ll give you some tips on budgeting for fixed assets. The mismatch of when cash goes out the door and recognition of expense doesn’t have to throw a monkey wrench into your budget!