How to Fix an Overpayment to an Employee 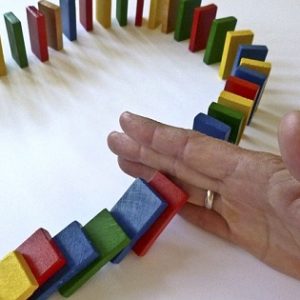 First, the organization accidentally overpays an employee. In one organization, it was confusion over how to use the payroll software which caused a paycheck to be submitted twice for processing. In another organization, a bonus paycheck was direct deposited to the wrong employee. Both were innocent errors.

In both organizations, the “solution” to the overpayment to an employee was to deduct money from future paychecks to pay back the excess wages.

The only problem with this approach is that it does not fix the problem. In fact, it causes more problems. The affected employee at one organization lamented, “I knew something was wrong, but I couldn’t explain it and I didn’t want to rock the boat!”

Jan Arden, an employee of XYZ Organization, is accidentally paid a $500 bonus twice. The additional wages to Jan cause the following payroll taxes to be calculated:

XYZ Organization tries to fix the problem by making deductions from Jan Arden’s future paychecks, similar to repaying an employee loan. The organization also withholds a travel reimbursement owed to the employee. (This really happened.) The goal is to make the employee repay the $500 erroneous gross pay amount.

Besides being an unfair solution for the employee, this arrangement also causes problems for accounting. The bookkeeper cannot post the amounts deducted from future paychecks against wages because wages are not impacted by this repayment. The only place the deduction amounts could reasonably be posted is to miscellaneous income.

You can see how a domino effect of the problems begin to pile up:

Fortunately the solution is simple, especially if you catch it quickly. Here are two options:

Of course the best solution is to avoid such problems in the first place. Training for staff on how to double check for accuracy and requiring approval by a manager before payroll is submitted can cut down on errors. But if you do run into a payroll overpayment, avoid a domino effect of additional errors trying to fix it with payroll deductions! You now know about good options for making it right — for both the employer and the employee.