Nonprofit Fraud in a Small Town 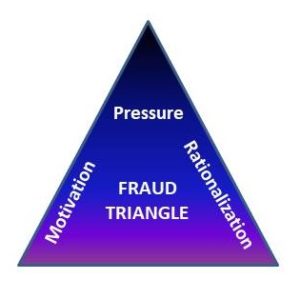 He was the executive director of the local United Way. He had also served as mayor in their small town of Milton, Florida for 20 years. By all appearances, he was an esteemed community leader and philanthropist. He was also perpetrating a nonprofit fraud by pocketing hundreds of thousands of dollars in stolen donations meant to help area residents in need.

The story of Guy Thompson popped into the news again in January with his sentencing. He received 51 months in prison for defrauding United Way of Santa Rosa County out of more than $650,000 dollars. Mr. Thompson embezzled the money over seven years from 2011 to 2018 while he served as the executive director.

How did he do it?

According to an article in the Pensacola News Journal , Mr. Thompson found a way to steal donations.

As donation checks came in the mail, Mr. Thompson would set some of them aside instead of depositing them. Then when he moved money from the organization’s deposit bank account to the operating bank account, he would use the opportunity to keep some cash for himself.

Periodically the bookkeeper issued a check on the Regions deposit bank account to transfer funds to the SunTrust operating account to cover expenses. Thompson took the Regions Bank check to Regions where he used it to purchase a cashier’s check for a lesser amount and took the rest in cash. He then went to SunTrust Bank and deposited the cashier’s check along with donation checks so the total deposit agreed to the check written by the bookkeeper.

Apparently the bookkeeper did not have access to detail backup of deposits into the operating account, so from her perspective the checks she issued were deposited intact. It seemed like the perfect crime. And it worked well – for seven years until he got caught.

According to the Association of Certified Fraud Examiners (ACFE), fraud happens when three elements are present:

These elements make up the Fraud Triangle.

Mr. Thompson’s financial need appears to have fallen into the category of “desire for symbols of social status.” A New York post article stated that he “used to the funds to purchase, among other things, a BMW and a beachfront condo.”

Mr. Thompson obviously had the access and power he needed to carry out the fraudulent scheme. He collected the mail so he could take donation checks. He had full access to the bank accounts.

Besides access to mail and bank accounts, Mr. Thompson was able to control the story. He limited what the bookkeeper and the board saw, keeping critical information hidden about the nature of his deposits and the stolen donations. According to the Pensacola News Journal, “Thompson maintained his scheme by making fraudulent misrepresentations to United Way’s board members and employees, its parent nonprofit United Way Worldwide and bank personnel, according to the press release [from the U.S. Attorney’s Office]. He also took steps to prevent internal or external audits of United Way from occurring that would have uncovered his fraud.”

We might add that Mr. Thompson also lied to the IRS and general public since the numbers reported on Form 990 were missing the income from the stolen contributions and the use of the funds for Mr. Thompson’s personal purposes.

Finally, Mr. Thompson was able to rationalize his actions over the seven years the fraud took place until he was caught.

According to ACFE, common rationalizations include

Per ACFE, “The vast majority of fraudsters are first-time offenders with no criminal past; they do not view themselves as criminals. They see themselves as ordinary, honest people who are caught in a bad set of circumstances.”

Were there any warning lights?

The newspaper accounts do not say how the crime was discovered. But we can do a little sleuthing and see a few warning lights even at our high level view.

$650,000 over seven years is a lot of money for an organization with total annual revenue of well under $1 million. Looking at Forms 990 filed by Santa Rosa County during the time Thompson worked at United Way, we see striking variances in total revenue from year to year.

We also see that while the organization experienced net income in 2014 and 2015, they suffered significant losses in 2016 and 2017.

Possibly, though we don’t know, the board of directors never received budget-to-actual reports. Significant differences in budgeted to actual amounts can point to problems that need to be addressed (which may be other than fraud). Differences from the budget in contribution income, though, can be waived away more easily than differences in expenses.

Unfortunately we often see sloppy budgeting for contribution income. Budgeted gift income is too often the plug to make income cover expenses rather than a number resulting from thoughtful and detailed analysis that supports exactly how the organization plans to achieve a specific contribution goal.

The organization’s 2017 Form 990, Part VI Section B, Line 15 asks if the process for determining compensation of the executive director includes “a review and approval by independent persons, comparability data, and contemporaneous substantiation of the deliberation and decision.”  The answer is No.

In Central Florida the Edyth Bush Institute conducts a compensation and benefits survey for various nonprofit positions and makes it available at no charge on their website. Hopefully there is an organization or university that performs a similar service in your geographic area.

The absence of an audit over the seven years that Mr. Thompson served as executive director was another warning light.

Organizations are only required to have an audit in certain circumstances such as when state or federal grant expenditures exceed specified levels. If not required, organizations may forego an audit because of the cost or because they feel it is not needed. However, an organization of this size and stature in the community may want an audit to help ensure it is being a good steward of donors’ money.

We also hasten to add that audits are not tasked with finding fraud and may not uncover fraud even if it exists. More likely an audit will uncover problems in the organization’s processes (internal controls) which could allow fraud and accounting errors to happen.

Auditors are required to obtain an understanding of an organization’s internal controls so they can plan the audit. Good internal controls increase the chances that errors and fraud will be discovered and corrected in the normal course of day-to-day operations.

Auditors communicate significant problems found with an organization’s internal controls to the board. More serious problems go into a management letter while other concerns may be communicated verbally. If United Way of Santa Rosa County had had an audit, it may have brought internal control issues to the attention of the board and possibly would have uncovered the fraudulent activity.

To state this point another way – even if an audit does not happen to turn up a fraudulent scheme, the communications to the board about the internal control environment can illuminate how exposed an organization is to fraud and errors.

The End of the Tale

We never cease to be amazed at the creativity and brazenness of nonprofit fraud. Fortunately we have not run into frequent instances of fraud, but we have encountered a number of cases such as we describe in our post about credit card fraud.

What can you do to protect your organization? We’ve shared a few tips in this post:

These steps are a good start to reducing your organization’s exposure to fraud and errors.